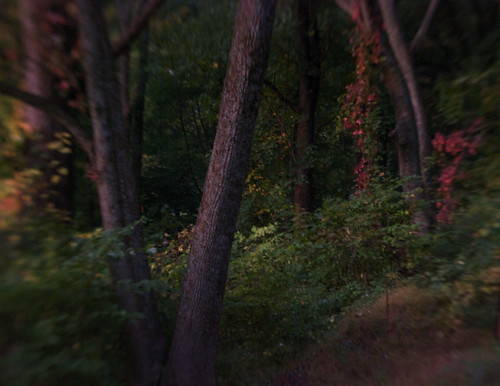 If a tree falls in the woods, does anyone hear? The same can be said about a writer without a production deal. Sadly, in this business, many spend lives stranded out in the woods. But it’s only now, in our epoch of savvy, that we’re stranded in the woods with a smartphone.

Everyone has a voice — but unfortunately, for it to reach even a single pair of ears, the voice needs to get a sponsor — a benevolent benefactor committed to delivering it into the living rooms of the adoring public. The problem begins when we realize that Mr. Sponsor is not at all benevolent, but actually a malevolent little man operating on his own agenda. As it all plays out, unless the voice effectively and comprehensively delivers the sponsor’s agenda into the living rooms of the adoring public — it gets sent back into the woods.

Throughout all of history there have only been two brief periods of time when artists and entertainers had received the rare opportunity to bypass the sponsor.

The first period was in the 20’s, at the dawn of radio, when for an instance there, every bozo with a transmitter enjoyed a window into 25 million living rooms. It took five years for the sponsors to get annoyed with this and the White House was summoned. The result – the Radio Act of 1927 a.k.a the Communications Act of 1996; formation of the FRC a.k.a the FCC and with it, 19 out of 20 thousand voices exiled into the woods, leaving only a couple around to deliver the sponsor’s agenda.

The second instance, paradoxically, is here and now… For a brief moment in history the gods of technology have blessed us with the gift to let our voices be heard. Who knows how long it will last? Rumor has it that in 2012 good old Internet providers conspire to redefine the way we use the internet. Maybe. Maybe not. But between here and two years from now opens a plain of infinite possibilities.

So don’t get stranded out in the woods — put your voice out there… and may the world decide if it wants to hear, and not the sponsor.