April 4, 2012 [Toronto, ON] — Ruby Skye P.I., the award-winning web series for tweens and teens, took home a Grand Prize from the LAWebFest this week, along with four Outstanding Achievement Awards. Chosen from more than 400 submissions, the Grand Prize includes an all expenses paid trip to Marseilles, France for the Marseilles WebFest to be held in October 2013.

Ruby Skye P.I. is one of many Canadian web series to have fared well at the 2013 edition of the festival. Vancouver’s The Last Fall of Ashes was also a Grand Prize winner. Other Canadian series celebrated at the event were Clutch, Out With Dad, Pete Winning, Bill & Sons Towing, The Verdict, Guidestones, Prison Dancer, Verdict, The Runner, Model Mayhem and The Casting Room.

“With web series from fifteen countries represented at the festival, it so exciting to see Canadians leading this new industry,” says Golick. “The LAWebFest does a tremendous job of bringing recognition to web series creators around the world and we are delighted to be heading to Marseilles this fall!” 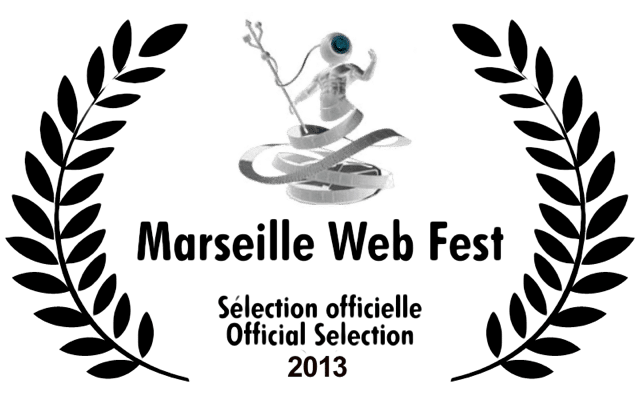 Ruby Skye P.I.: The Haunted Library is currently nominated for a WGC Screenwriting Award and for an Alliance for Youth Media Award of Excellence. The series is available on RubySkyePI.com, KoldCast TV, blip, YouTube and DailyMotion. The series has topped over 2 million video views and developed a large and devoted fan base.

In addition to the over one hour’s worth of original, narrative video content, Ruby Skye P.I.: The Haunted Library includes 50 behind-the-scenes and “extra features” videos, four web sites, four Tumblr blogs, multiple social media channels, and ten interactive clues. Between episodes, viewers can study and solve the clues which Ruby finds in the story. Mystery-loving tweens and teens can also solve puzzles on the companion website ODearyPuzzles.com or explore the “haunted” O’Deary Library to learn more about the characters, the books mentioned in the mystery and to find – or submit – book reviews, author profiles, interviews with YA authors and book cover art work.
____________________________________________________________________________

Ruby Skye P.I.: The Haunted Library was shot at the Emmanuel College Library (University of Toronto) and at various location in Toronto, Canada.

The series was produced by Story 2.OH with the participation of The Independent Production Fund (IPF) and made possible with the support of The Ontario Media Development Corporation (OMDC). Ruby Skye P.I. Season 1: The Spam Scam has been the recipient of numerous awards, including a Parent’s Choice Silver Honor, a Youth Media Alliance Award of Excellence, a 2011 “Rockie”, the New York Television Festival’s Best Family Pilot and eight Outstanding Achievement Awards from the L.A. Web Fest.

About:
Story 2.OH is a Toronto-based production company. Stepping beyond the television model, Story2.OH combines video, photos, graphics, blogs and more to create the next generation of screen-based entertainment.