2010 is a milestone.   As a writer, my major objection to the first decade of the century has been about naming it.  I hate the way this sounds:

The first decade of the two thousands.

On the hand, this rolls off the fingertips:

The first decade of the nineteen hundreds

But other than that, these last ten years have been great for screenwriters.  They’ve certainly revolutionized how I watch TV, thanks to a number of technological developments.

The first PVRs shipped in the US in March 1999, but  they didn’t hit Canada till this decade.

I had considered getting a bootleg US TiVo as soon as they offered Canadian subscriptions, but ended up holding out for a standard issue PVR.  I think I’m on my second generation now.  But when the first one moved into my house and attached itself somewhere between the cable box and television set, appointment viewing came to a skidding halt.

Sure we’d had VCRs and had been taping shows for years, but despite the ridiculously clumsy user interface, the PVR made it so much easier.  You selected the shows you wanted to watch and they accumulated on the hard drive, ready to watch whenever you were ready.  The main problem was keeping up and ensuring that there was enough space on the hard drive for to record what you are really going to watch.

The PVR space issue makes it clear which shows I really like.  I watch the Rick Mercers, This Hours, 30 Rocks, Glees the very week they’re recorded.  By the time four or five Flash Forwards have accumulated unwatched, I have to admit that I’m just not that into the show.  I have to get it off my record list to make space for something else.

Constant vigilance is important if you don’t want the last seven minutes of House cut off.

Along came On Demand — invented in the mid-90s but not widely available till the middle part of this decade — which meant I didn’t have to waste precious PVR space on shows like Dexter, True Blood, Weeds and Entourage.  On the other hand, my cable provider doesn’t like to post the HD versions of series till at least a week after their first airing in the hopes that you’ll watch the standard def version.  Bandwidth cheapskates!

BitTorrents arrived on the scene in 2005.  The pilot for Studio 60 on the Sunset Strip got leaked onto the web during the summer of 2006.  Remember that first bootleg pre-air of Studio 60 that was passed from writer to writer?  It was so exciting.

That same year,  “pre-airs” flooded the net and we watched nearly the entire American season before it launched.  It so cool. 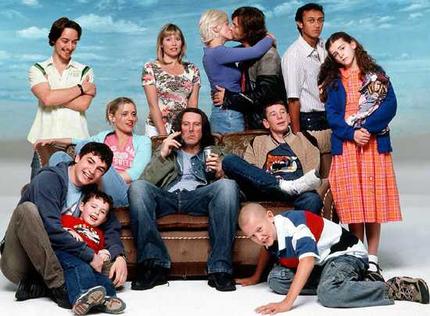 Around the same time, torrents brought me a whole new world of British tv series.  I  used to feel like I had the contraband watching Shameless, Skins, Jeckyll.   It was like being a global television citizen.  Although, UK, US and Canada hardly a globe makes.  I still haven’t gotten to know much of the Aussie product and there’s that one German cop series that has been discussed and blogs and yet the torrent for it remains elusive.  Still, the world is wider and I imagine that twenty ten will widen it still.

DVD video became available in the late 90s and overtook video in the rental market early this decade.  Somewhere along the line, I started using the rental more for series than for movies.  My DVD box sets of The Wire and Not Just the Best of Larry Sanders are two of my favourite possessions.

This summer using a combination of rentals and torrented episodes, I caught up on five seasons of Lost — in about a month.  This decade’s technological advancements have taught me a whole new way of watching series: the binge.  I have grown to loathe the way networks dole out series tv; one measly episodes a week.  I’d much rather watch a full season — or even a full series — at my own pace.

Oddly, streamed tv from network sites and Rogers new online ondemand service have done little for my TV viewing.  I find the other technologies more useful or maybe it’s just too little too late because my new patterns were set before they really emerged.

My 12 year old, on the other hand, watches entire series and seasons of shows in little broken up pieces on YouTube and has just about abandoned the television set itself altogether, except maybe as a screen on which to watch DVDs. 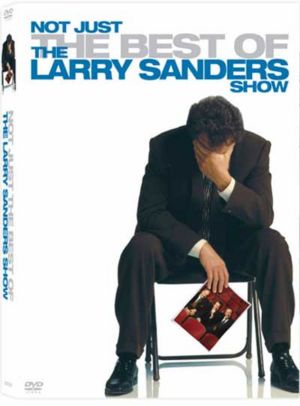 Thinking about it, I use a variety of screens for tv viewing that I never used a decade ago.  I sometimes watch tv (either downloads or dvds) on my computer screen, but I’m not fond of sitting at my desk for extended viewing time.  When I travel, I use my laptop screen for watching tv entertainment more, especially on planes and trains.  I keep a few series episodes on both my iPod and iPhone for emergencies (you never know when boredom can rear its ugly head).  But my favourite “other” screen is my portable DVD player, which I often carry from room to room with me, the way I used to carry a book.  I put it on the kitchen counter when I’m cooking or even continue watching an important episode as I walk downstairs from the bedroom.

These smaller screens have turned tv watching into a solitary activity;  a more personal independent pursuit.  When the family is in the den in front of the big screen, we have to negotiate to find something everyone will enjoy.  When I have one of my little screens, I can choose what I like and watch as many episodes as I want.

Which feeds into the whole binge viewing thing.

And given the series that have emerged this decade (see Ink Canada’s discussion of the best tv series of the decade) I’m surprised I’ve had time to do anything these last ten years besides watch TV!